Cookie preferences
This website uses cookies, which are necessary for the technical operation of the website and are always set. Other cookies, which increase the comfort when using this website, are used for direct advertising or to facilitate interaction with other websites and social networks, are only set with your consent.
Configuration
Technically required
These cookies are necessary for the basic functions of the shop.
"Allow all cookies" cookie
"Decline all cookies" cookie
CSRF token
Cookie preferences
Currency change
Customer-specific caching
Individual prices
Selected shop
Session
Comfort functions
These cookies are used to make the shopping experience even more appealing, for example for the recognition of the visitor.
Note
Statistics & Tracking
Affiliate program
Google Analytics
Track device being used
Hotline & Hilfe: +49 (0) 4163 900 52-0
Categories
Information 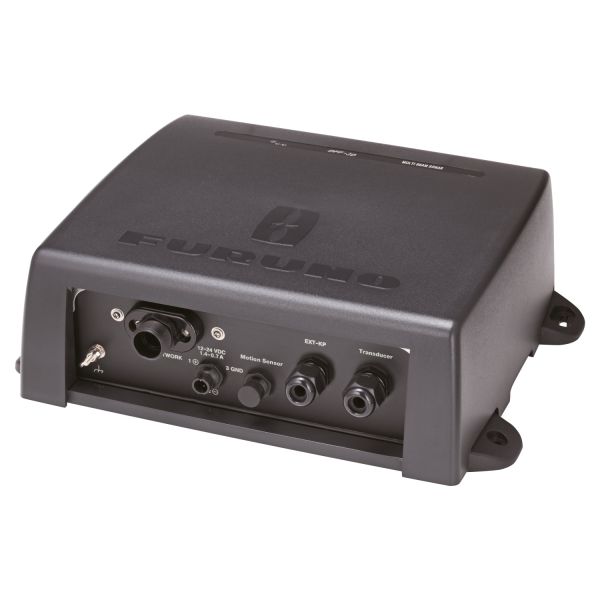 
You may think you have seen 3D Multi-Beam Sonar in action, but many of those images begin disappearing as you approach 200 feet. Furuno DFF3D takes 3D Fish Finding to new depths. We are talking depths of over 980 feet, with Side Scanning over 650 feet. See fish and bottom structure as you have never seen them before, at depths previously unfathomable. Now you can visibly see fish schools and the underwater landscape at great depths in amazing detail. The DFF3D turns your NavNet TZtouch or TZtouch2 MFD into a multi-beam sonar that can see 120-degrees port to starboard, allowing you to see the depth and direction fish schools are moving, while displaying the seabed condition in real time.


Cross section displays the real-time sea column echo in 120 degrees port and starboard. This mode aids in instantly understanding the distribution of bait fish and the water column condition, with a detection range of over 650 feet, depending on bottom, water and installation conditions.


A single (directly under boat) or triple direction (middle, left and right) fish finder image are displayed simultaneously. The Triple beam display helps to understand the depth of fish targets and the seabed condition in each direction, as well as the direction the target fish are moving. Each beam angle and beam width are selectable.


Side scan clearly displays the shape of structure as a high definition image in port and starboard direction. It is suitable for searching the seabed and understanding the sea floor structure. The sidebar detection range is over 650 feet in a 120-degree swath port to starboard, a distance you have never seen before!

Close menu
Customer evaluation for "FURUNO DFF-3D Multi-Beam Sonar (black box)"
Write an evaluation
Evaluations will be activated after verification.
Recently viewed
Trusted Shops Reviews Toolkit: 1.1.6
This website uses cookies, which are necessary for the technical operation of the website and are always set. Other cookies, which increase the usability of this website, serve for direct advertising or simplify interaction with other websites and social networks, will only be used with your consent. If you do not want cookies to be used, you can also reject them. Further information can be found in our data protection declaration..
Configure Agree to all